Overview
Our Approach
Our Values
Leadership 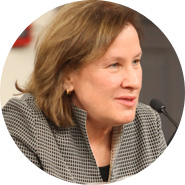 and currently serves as Executive Chairperson, working closely with Triphase's Senior Management team to support the company’s strategic planning and key decision-making processes. Most recently, Ilse Treurnicht was CEO of MaRS Discover District, a 1.5-million-sq.-ft. innovation hub located in Toronto. MaRS works with partners to catalyze, accelerate, scale and diffuse innovation in the areas of health, energy & environment, finance & commerce, and work & learning. MaRS supports innovators and entrepreneurs building high-impact growth businesses, offering specialized infrastructure as well as access to critical talent, capital and customer networks. Ilse joined MaRS in early 2005 from her role as President & CEO of Primaxis Technology Ventures, a startup-stage venture capital fund focused on the advanced technologies sector. Prior to Primaxis, Ilse was an entrepreneur with senior management roles in a number of emerging technology companies. Ilse holds a DPhil in chemistry from Oxford University, which she attended as a Rhodes scholar. 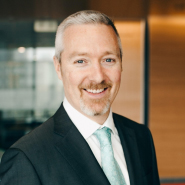 Dr. David O’Neill is the President of FACIT and has been a member of Triphase’s Board of Directors since 2018.

Dr. O’Neill has extensive experience in Pharma, Biotech and seed stage investing, including a wealth of networks and transaction experience through various business development roles at AstraZeneca, Ambit Biosciences (Daiichi Sankyo), Kinomescan (Discoverx/Eurofins), Fluorinov Pharma (Trillium Therapeutics).  He also held operational roles including non-clinical safety, IND submission and Project Leader during clinical development of Quizartinib.  He has provided interim executive management to FACIT spin outs Turnstone Biologics, Propellon and Novera Therapeutics. In addition to serving on the Board of Turnstone, he is also a Board Observer for Fusion Pharmaceuticals.  Dr. O’Neill holds a PhD from Western University from the Faculty of Health Sciences with an emphasis on heat shock protein biology. 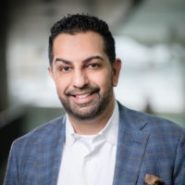 Mr. Nathwani has been a member of Triphase’s Board of Directors since 2020 and has over 15 years of experience in various aspects of the biotechnology industry including corporate finance, business development, transactions, intellectual property management, technology development and operations. He has been actively involved in forming and managing start-ups, preparing and executing on business plans, raising early-stage capital and in- and out-licensing activities. Before joining MaRS Innovation, now Toronto Innovation Acceleration Partners (TIAP), Parimal was a healthcare analyst with a boutique investment bank, where he conducted equity research on publicly-traded biotechnology companies in Canada and the U.S. He has also led commercialization activities out of BC Women’s and Children’s Hospital as part of his role at the University of British Columbia’s Industry Liaison Office, and was a research scientist at a start-up biotechnology company involved in drug discovery targeting ABC Transporters. Parimal received his MBA from Simon Fraser University and his M.Sc. from the University of British Columbia. He currently sits on the boards of TRIUMF Innovations, Zucara Therapeutics, and Vasomune Therapeutics, and is an observer on the board of Encycle Therapeutics. 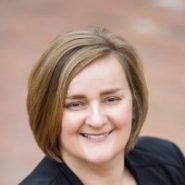 with 14 years of experience in the biotechnology industry with expertise in pharmacology and translation development strategies. Throughout her career Ann has focused on evaluating novel therapeutics for oncology with a specific focus on guiding and implementing precision medicine strategies for preclinical and clinical development programs. Prior to joining Triphase Accelerator, Ann held positions as Director of Biology at Convoy Therapeutics (2013-2015), Principal scientist at Pfizer (CovX Biotherapeutics Unit, 2011-2013) and Senior Scientist at Biogen Idec Inc (2007-2011) where she led drug discovery programs and developed biomarker strategies for early and late stage clinical programs.   Her therapeutic modality experience includes peptides, antibodies, bispecific antibodies, antibody peptide conjugates and antibody drug conjugates. She obtained her Ph.D. in Molecular Biology from the University of Edinburgh (United Kingdom) followed by post-doctoral training at the Beatson Institute for Cancer Research (United Kingdom) and The Scripps Research Institute (San Diego, CA). 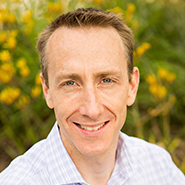 and has more than 20 years of experience focused on the biotech, pharma and life science industries, with expertise in corporate strategy, M&A, finance and operations. Throughout his career Grant has led several strategic and operational endeavours, including several biotech collaboration and licensing transactions, divestitures and acquisitions, post-acquisition integrations and new company start-ups.  Prior to joining Triphase, Grant was the CFO of Clearstone Central Laboratories – a private global central laboratory business spun-out from MDS Inc. Before joining Clearstone, Grant held senior finance positions with MDS Inc. – a public global CRO business, and Elan Pharmaceuticals – a global public pharmaceutical company focused on neurodegenerative and autoimmune diseases.  Prior to entering industry, Grant was a valuation expert for Deloitte & Touche in San Francisco, providing valuation consulting services to many leading global pharma/biotech and technology companies. Grant began his career with Ernst & Young and held various positions of increasing responsibility in the firm’s Corporate Finance and Audit & Assurance practice areas in both Canada and the United States. Grant obtained his Honors Business Administration (HBA) degree from the Richard Ivey School of Business at the University of Western Ontario and is a Chartered Professional Accountant (CPA) and Chartered Business Valuator (CBV). 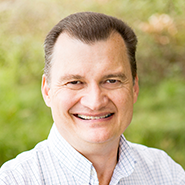 with more than 25 years’ experience in the biotechnology industry and technical expertise in antibody and protein engineering.  In 2013 he was named one of the top 25 most influential people in the antibody field by Total Biopharma.  He headed the CytomX Therapeutics research organization as vice president of research and later chief scientific officer (2010-2014) in work on the Probody™ platform.  Prior to that, Dr. Lowman was director of protein sciences at NGM Biopharmaceuticals (2009-2010) and served a 20-year tenure at Genentech (1989-2009), where he focused on the research and development of protein and antibody therapeutics. Following a postdoc at Genentech, he moved on to roles as scientist and senior scientist, before leading Genentech's antibody engineering department, with research and early-development team-leader roles in several therapeutic antibody programs, including VEGF, IgE and CD20 antibodies. His career interests include structure-based drug design, structure-function analysis and molecular diversity techniques.  Dr. Lowman is an author on more than 70 scientific publications, an inventor on more than 80 issued U.S. patents, and an editorial board member for the antibody journal mAbs.  He earned a B.A. in chemistry at the Johns Hopkins University and Ph.D. in chemistry at Purdue University before being named an NIH postdoctoral fellow at Genentech.